essay on maharana pratap in english 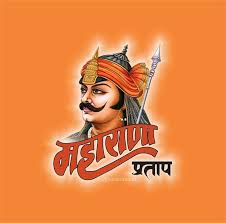 Maharana Pratap was born on the third day of Shukla Paksha of Jyeshtha month according to Hindu calendar in Kumbhalgarh, Rajasthan. According to the English calendar, this date falls on 9 May 1540. His father's name was Maharana Udai Singh and mother's name was Rani Jeevat Kanwar.

Maharana Pratap was a Hindu Rajput ruler of Mewar. He was a true patriot. He started India's war of independence. In the famous Haldighati battle of 1576, Maharana Pratap, along with about twenty thousand Rajputs, faced the army of eighty thousand of Mughal Sardar Raja Mansingh.

Akbar also made all efforts to conquer Mewar. Maharana Pratap also did not accept Akbar's submission. He fought with the Mughal Emperor Akbar for many years.

The name of Maharana Pratap is immortal in history for valor and determination. Every year in his memory, the anniversary of his birth is celebrated with great pomp across the country as Maharana Pratap Jayanti.