Explain the construction and working of the following. Draw a neat diagram and label it. a. Electric motor b. Electric Generator(AC)

Explain the construction and working of the following. Draw a neat diagram and label it. 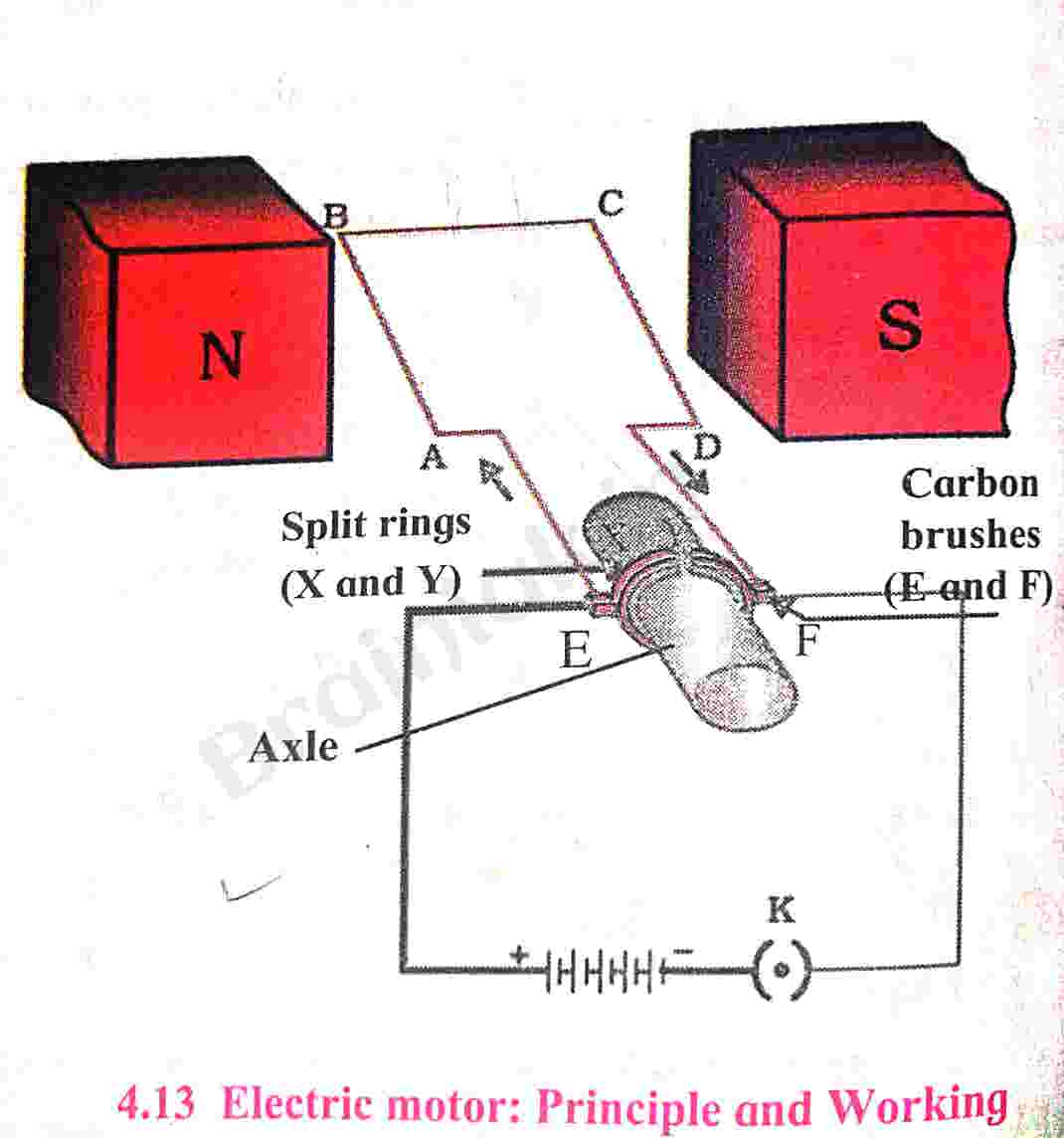 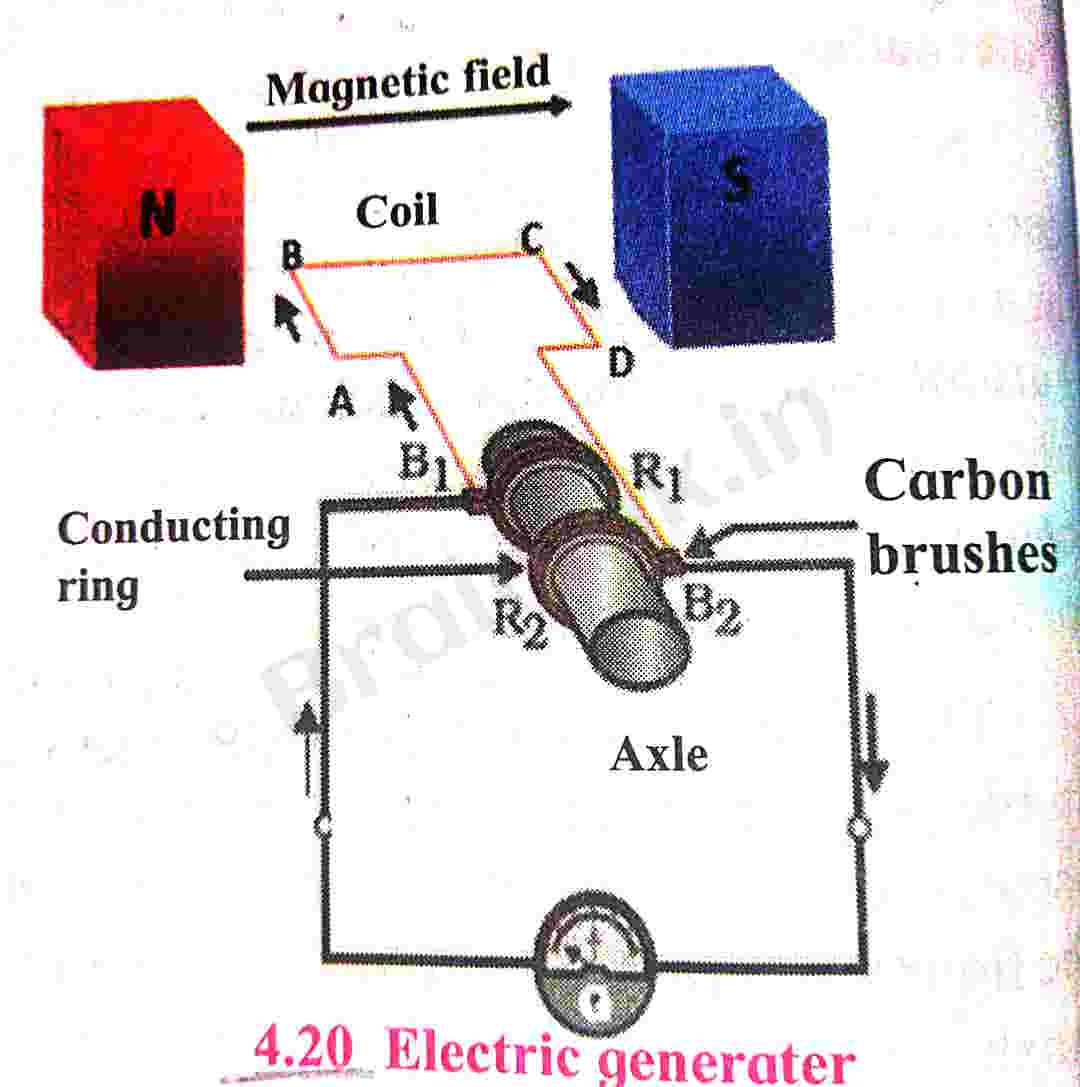 According to Fleming’s right hand rule, electric current is produced in the branches AB and CD in the direction. A B and C D. Thus, the current flows in the direction A B C D (as shown by arrows in the figure). In the external circuit, the current flows from B2 to B1 through the galvanometer. If instead of one loop coil, a coil consisting of several turns is used, the current of magnitude several times flows. After half rotation, the branch AB takes the place of branch CD and the branch CD takes the position of the branch AB. Therefore, the induced current goes as D C B A . But, the branch BA is always in contact with the brush B1 and branch DC in the contact with B2 . Hence, in the external circuit current flows from B1 to B2 i.e. opposite to the previous half rotation. This repeats after every half rotation and alternating current is produced. This is what is called an AC generator .